Let’s be honest. How many old and outdated batteries have you stashed away in a drawer at home? Isn’t it aggravating to see your laptop battery slowly decrease until you have no choice but to have it plugged in all the time? Consider car batteries, which must be replaced roughly every five years at the cost of several hundred dollars.

When is reconditioning old batteries possible?

You’ll want to know if it’s doable before learning how to recondition outdated batteries. There is an easy approach to see if your car battery may be reconditioned effectively. A voltmeter is a small device that you’ll require. This gauges the remaining voltage in the battery.

How to Recondition Old Batteries

It’s critical to put on appropriate gear and safety equipment before learning how to recondition outdated batteries. Ensure that your workspace is well-ventilated. For a more complete description, please see our Safety Precautions checklist.

The first thing you should do is remove the battery from the vehicle. The battery should then be carefully cleaned. To do so, mix two parts baking soda with 1 part water in a particular cleaning solution. The majority of batteries have 6-7 rubber-covered lids.

All of the battery caps and rubber must be removed. Scrub the terminals with the solution to begin. You want to get rid of as much corrosion and salt accumulation as possible. An old toothbrush works well most of the time, but if you have a very stubborn buildup, try sandpaper or a steel brush. When the baking soda solution becomes frothy, it indicates that it is performing properly.

Step 2 will require the use of a voltmeter, which is a small instrument. Voltmeters assess the amount of voltage that passes between two places, giving you a readout on the battery’s strength. A voltmeter is easy to come by in most retail if you don’t have one. Jumpstarting a car is fairly similar to setting up the voltmeter. A red wire and a black cable with clips are included.

Check to see if your battery is between 10V to 12.6V, as this range yields the greatest reconditioning results. The battery may not respond as well to reconditioning if the reading is less than 10V.

You’ll drain the old electrolyte solution and clean the insides of the battery cells in the next step of learning how to recondition old batteries. Remove each battery cover gently, then tip the battery and slowly pour out the electrolyte substance into a bucket.

Spills should be avoided at all costs, but if they do, cover the area with baking soda to neutralize the situation. The insides of the battery plates must then be cleaned. By adding one part baking soda with one part water, you can generate a powerful cleaning solution.

Once the solution is entirely mixed, use a funnel to fill each battery cell. To properly spread the cleaning solution, replace the cell caps and shake the battery for about a minute. Last but not least, unscrew the caps and pour the solution into the bucket.

It’s critical not to dispose of the old electrolyte solution in a regular trash can. Instead, bring the waste in the bucket to your county’s designated drop-off location.

You can now replace the old electrolytes with a new battery cell solution. The new solution can be made using a variety of additives. Epsom salt, often known as magnesium sulfate, is a good option. It’s widely available in stores, and many individuals already have it.

The remedy is simple to create and only requires the addition of water. 8 oz. warm water plus 2 table spoons and Epsom salt and then toss in the salt to dissolve it.

You’ve found your new solution. After that, carefully pour the liquid into the battery using a funnel. Pour until each cell is entirely full; however, do not overfill as the salt solution can damage the adjacent battery. Replace the lids and gently shake the batteries to evenly mix and distribute the salt solution once all the cells have been filled.

You’ll need to use a battery charger at this point, which is very easy to find and costs between $25 and $50 if you don’t have one. Make sure your battery charger is turned off and removed from the electrical socket before you begin. This eliminates the possibility of electrical current surging through the gadget.

Always read all safety and instructional manuals thoroughly before proceeding, as each charger acts somewhat differently. When you’re ready, connect the charger’s black clamp to the battery’s negative terminal and the charger’s red clamp to the positive battery terminal.

At this stage, we recommend removing the battery lids because the electrolyte solution will heat up and overflow as the battery charges. Finally, switch on the charger by plugging it into the wall. Allow the battery to charge for approximately 36 hours.

You’ve made it to the end of the process! The battery will then be tested to check if it has fully recharged. You’ll achieve this by doing a “load test,” which is essentially a measurement of the amperes generated by a charged battery.

If your battery fails the load test and cannot maintain 9.6V for at least 15 seconds, you will need to drain it and then repeat the loading procedure. If your voltmeter display is at least 9.6V, on the other hand, you have successfully learned how to recondition your old batteries.

You need to observe several safety precautions when reconditioning an old battery. Without further ado, let us take a close look at some of these precautions.

Following this easy checklist will ensure a safe working environment for you and protect your body from toxic chemicals during the repair procedure.

How long does a reconditioned battery last?

How much money do you think battery reconditioning will save you?

The cost of a new car battery might be anything from $75 to $100. Meanwhile, knowing how to recondition dead batteries might save you anywhere from 25% to 50% off the retail price.

Can you put vinegar in your car battery to replace the electrolytes that have been lost?

Never add vinegar to your battery’s electrolyte solution because the sulfuric and acetic acids will react in the terminals, forming lead acetate. Instead, add a little distilled water to replace the electrolytes that have been lost.

How long can a car battery be left uncharged?

An unused car battery can last three to four years in good condition on average. However, when exposed to extremely hot or cold temperatures, this scenario will hasten battery depletion.

When should you not recondition your batteries?

There are three indicators that it is not a good idea to recondition your car batteries.

Is there any other way to recondition a battery?

Yes, there are different battery reconditioning methods available. The type and size of the battery you have will also influence how you can use it. Similarly, some batteries have a capacity “memory effect.” This commonly occurs when you overcharge or charge a battery even if it is not yet below the specified level, opting for charging.

Batteries are a fantastic invention that enhances our lives on a daily basis. They are, after all, what we run on. Imagine driving your car without a car battery! We couldn’t imagine living without these incredible little gadgets, so we’re willing to pay whatever it takes to ensure we have a fully functional battery. Unfortunately, while batteries are a fantastic invention, they aren’t built to last indefinitely. In truth, most batteries are only good for a few years.

We hope this is only the beginning of your battery reconditioning adventure, and most importantly, that you enjoy it! But, for the time being, you know how to recondition old batteries, so congrats! You can ask any question to our team, and we will get back to you as soon as possible. Till next time. Thanks!

How to Recondition a Dead Car Battery 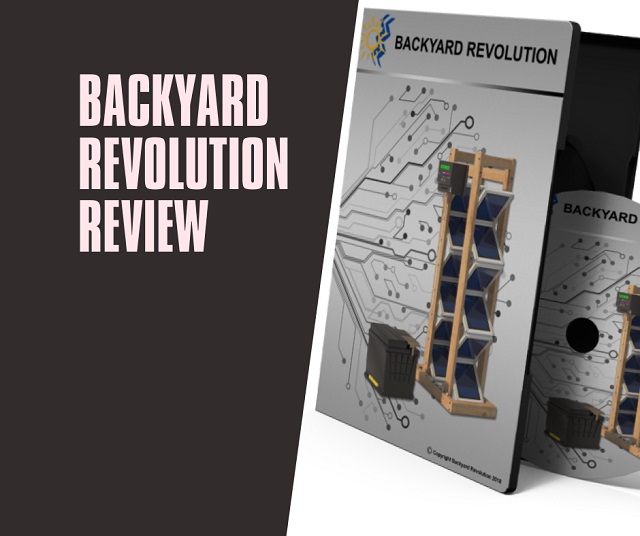